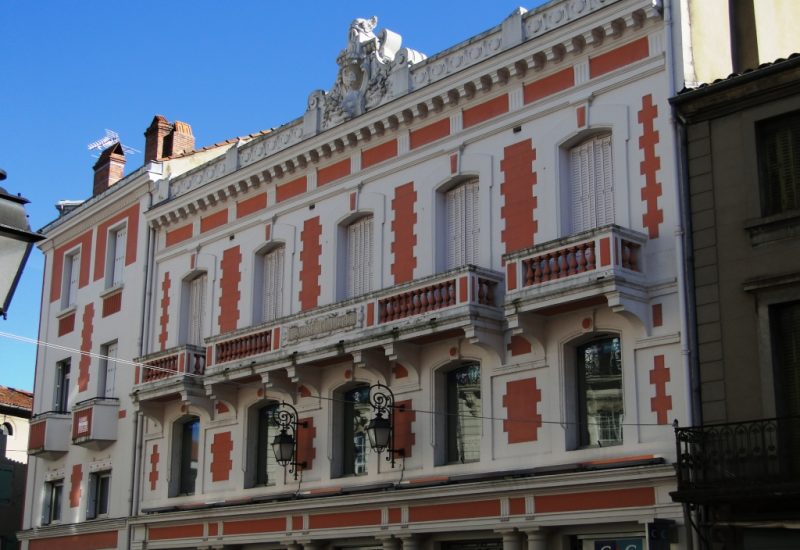 There is lot of new investment taking place in and around Mazamet.

Last year the new aquatic centre opened its doors as well as the new “Halle” (an indoor market & event space) in the centre of town and the adjoining “Made In Mazamet” shop which sells items uniquely made in Mazamet. In addition, a refurbishment of the railway station (just 200 metres from La Villa) also saw a new bus station completed to join up public transport  to and from Mazamet & throughout the Tarn.

2017 has seen some further major investments being made with the new plaza due to open next weekend outside the Mairie which will be the focal point for the weekly markets in the town.

In addition to this public investment, the owners of the Hotel/Restaurant Mets et Plaisirs (just 200 metres from La Villa and a favourite eatery for our guests) is currently constructing a brand new restaurant which will open in September. Concurrently, the new owners of the landmark Le Grand Balcon restaurant are undertaking a major refurbishment which, we understand, will see the two-storey restaurant spilt into fine dining (second floor) and brasserie (ground floor) and is due to re-open later in June.