A Day in Castres

Mazamet’s larger neighbour Castres is less than 20km away. Well worth a visit when staying at La Villa!

A bit of background

Built around the banks of the river Agout, the area now known as Castres was inhabited as early as the Bronze Age (1000BCE), as evidenced by the discovery of a large necropolis along the river. The city proper soared in the 9th century, centered on the Saint-Benoit abbey. Its clocktower, built in the 12th century, still stands today. During the Middles Ages, the city lived with the flow of the river Agout, where leather workers, weavers or parchment makers had their workshops. Today, they make up Castres’ most well-known vista: the medieval coloured houses. Take a relaxing boat ride up the Agout aboard “Miredames“, a replica 17th century river barge, to enjoy these renovated houses up-close.

The Jean Jaurès museum is dedicated to the famous Castres-born socialist and antimilitarist, assassinated in Paris on the outbreak of WW1. During the inauguration in 1988, former French president François Mitterrand said after having visited the museum: “Jaurès should not be considered as a sort of statufied ancestor, perhaps mummified, because the fight he led retains all its meaning. There are still many freedoms to conquer, many human rights to extend, many solidarities to live.” Explanatory panels, photos, films, newspaper extracts, objects or caricatures will allow you to discover the history and the causes to which Jaurès devoted his life.

The other museum is dedicated to Goya, who saw out his days living in Castres. The Goya Museum has a great collection of Spanish art together with summer temporary exhibitions. It is housed in the old episcopal palace, which was built in 1675, and is based on the design of Jules Hardouin Mansart, who was an architect of the Palace of Versailles. The gardens were designed by André Le Nôtre, who also worked at Versailles. Be sure to take a look at the adjacent Italian rococo style Municipal Theatre built in 1904.

Have you ever been to the CERAC archaeological center in Castres? Its doors are like a portal into another space-time: step in, discover a forgotten world, and learn a little more about our prehistoric and medieval past. 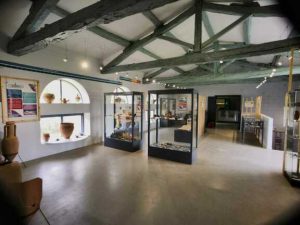 Neolithic, Paleolithic, Bronze Age, Stone Age, Protohistory… Unravel all of this gently at the CERAC: one room is fully devoted to prehistory and its different ages, while another covers the Middle Ages. Explanatory panels will teach you a lot about life in Castres during these different eras. Remains of tools, flint, ceramics and amphorae have been well preserved. What is more, CERAC’s researchers often go out in the field to study local sites. In July, they went to Labruguière, 10km away from Mazamet to dig around the fort and its old cannons. 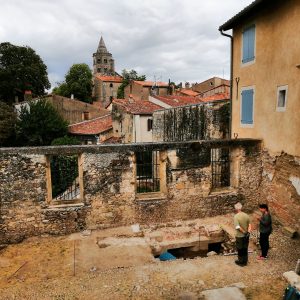 On Tuesday, Thursday, Friday & Saturday mornings, enjoy the market in the main Jean Jaurès square for a taste of local produce made in Tarn.

For lunch or dinner, there are many options: the main square is the place for a summer’s day al fresco lunch with a variety of eateries. For something special, you could try one of the following:

Located in a former vine cellar,  O’Victoria aims to deliver a “bistronomic” (bistro and gastronomic) experience to its diners. Excellent value for money at lunch time with a starter/main/dessert at 19€, this restaurant’s motto – culinary ecstasy accessible to all – takes its full meaning at dinner time, for a 3, 4 or 5 course meal. The menu changes every two weeks.

Rewarded by the Michelin guide with a “bib gourmand” for its outstanding quality and value for money, La Part des Anges focuses on highlighting the work of small, local producers for its market menus. It also offers a set lunch for 19€, as well as a boozy wine pairing 4 course dinner for 51€.

We wouldn’t be true to ourselves and our love for Asian food if we didn’t recommend B.Sushi. Freshness is the keyword here. They also offer a good range of Japanese dishes, with the omelet-like okonomiyaki, and rice bowls – try the unagidon, or grilled eel bowl. The weakest link of this restaurant: the complete lack of atmosphere…

With 12 trains running a day from Mazamet station, you’ll be in Castres in around 20 mins (allow a 15 min walk to the town centre afterwards). You could also drive in 25 mins. We prefer the D612 route which goes through the countryside, as opposed to the N112 freeway. There is easy undercover parking near the main square.  Alternatively, a regular bus line – ligne 10 – will take you to Castres from Mazamet station in 50 minutes.

Castres is also featured on one of our 8 self-drive day tours and, combined with the nearby village of Lautrec, is a great day out.