The perfect combination of citrusy freshness and mellowing sweetness, backed by the rich warmth of alcohol, Sours are one of the earliest cocktail types on record (Brandy Sours were big in the 1850s), and their modern cousins (Cosmos, anyone?) are still holding their own.

The beauty of the Sour is its simplicity: mix together a base liquor, a sour ingredient – usually fresh lemon or lime juice – and a sweetener, and you’re good to go.

So where does the whisky sour come from?

The Sour tends to be thought of by cocktail historians as an individualized version of that matriarch of all cocktails, the Punch, which is basically  a combination of base spirit, citrus, sugar and water. You can see how it’s the predecessor to basically every cocktail which doesn’t fall into the old-fashioned category (Sours, Collins’, Daisies etc.)

As is the excuse with many cocktails, the Sour was originally born out of medical necessity. Navies often didn’t have access to safe drinking water and beer would spoil on long journeys so sailors received a ration of spirits, usually rum. To try and combat scurvy, they would mix their spirits with lime juice and a primitive sour was born. They then took this concoction to shore with them where it was refined somewhat, and generally the spirit used there would be whatever was most widely available in the country. For instance, in England it would be more likely to be gin, and then in America American whisky was the go-to.

In Jerry Thomas’s 1862 ‘Bartenders Guide’, he includes recipes for brandy, gin and rum sours, and whisky sours started to appear around the same time. In the 1870s, they’re mentioned in newspaper articles in a manner which tends to indicate that they needed no introduction, so Americans were certainly drinking plenty of them by that point. Egg whites started popping up around 30 years later, probably to mask the inferior bootleg booze during Prohibition.

The choice of whisky

Good news! You can use any kind of whisky for your whisky sour! If we want to dig deeper however, the choice will boil down to either Rye Whisky or Bourbon. 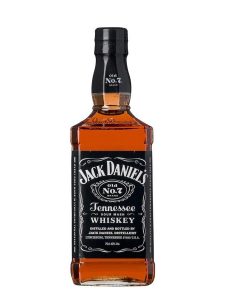 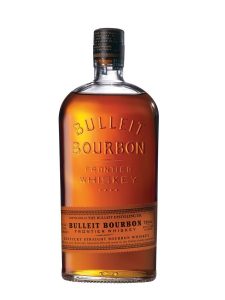 I personally use a standard Jack Daniel’s as I quite enjoy its smokiness brought by their charcoal filtering process, and it’s very easy to source.

A great alternative is Bulleit: you’ll get a good amount of spice with your smooth and rich base, and the best of both worlds because it’s a high-rye content bourbon. 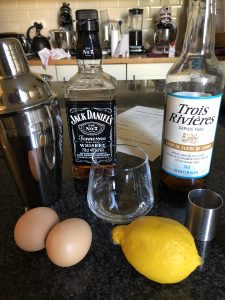 We’re going to use our golden cocktail ratio: two parts of the strong (the booze), one part of the sour and half a part of the sweet.

Much like making a meringue, that light foam on top of the drink comes from breaking down the proteins in the egg white, which takes a fair amount of elbow grease. However, you obviously don’t want to end up shaking your cocktail for so long and so hard that you over dilute it. One day, some bright spark came up with what’s called the dry shake: add all of your ingredients to the shaker and shake it without ice first to emulsify the egg and get that nice fluffy texture going, and then you add the ice and shake it again to chill and dilute.

There’s also the reverse dry shake! The argument is that adding the ice once you’ve already emulsified the egg is just going to break down that nice foam that you’ve worked so hard to create. For this reason, some bartenders shake everything except the whites on ice first, strain it out then add the whites and dry shake. While the theory is great and does yield better results, it is also a longer and messier process. Who has time for this? We’re thirsty!

There’s no end to the possible permutations of a recipe so simple as base spirits, sweet and sour. Complex cocktails will use a liqueur as the sweetener.

What about you? What is your favorite variation? Cheers!